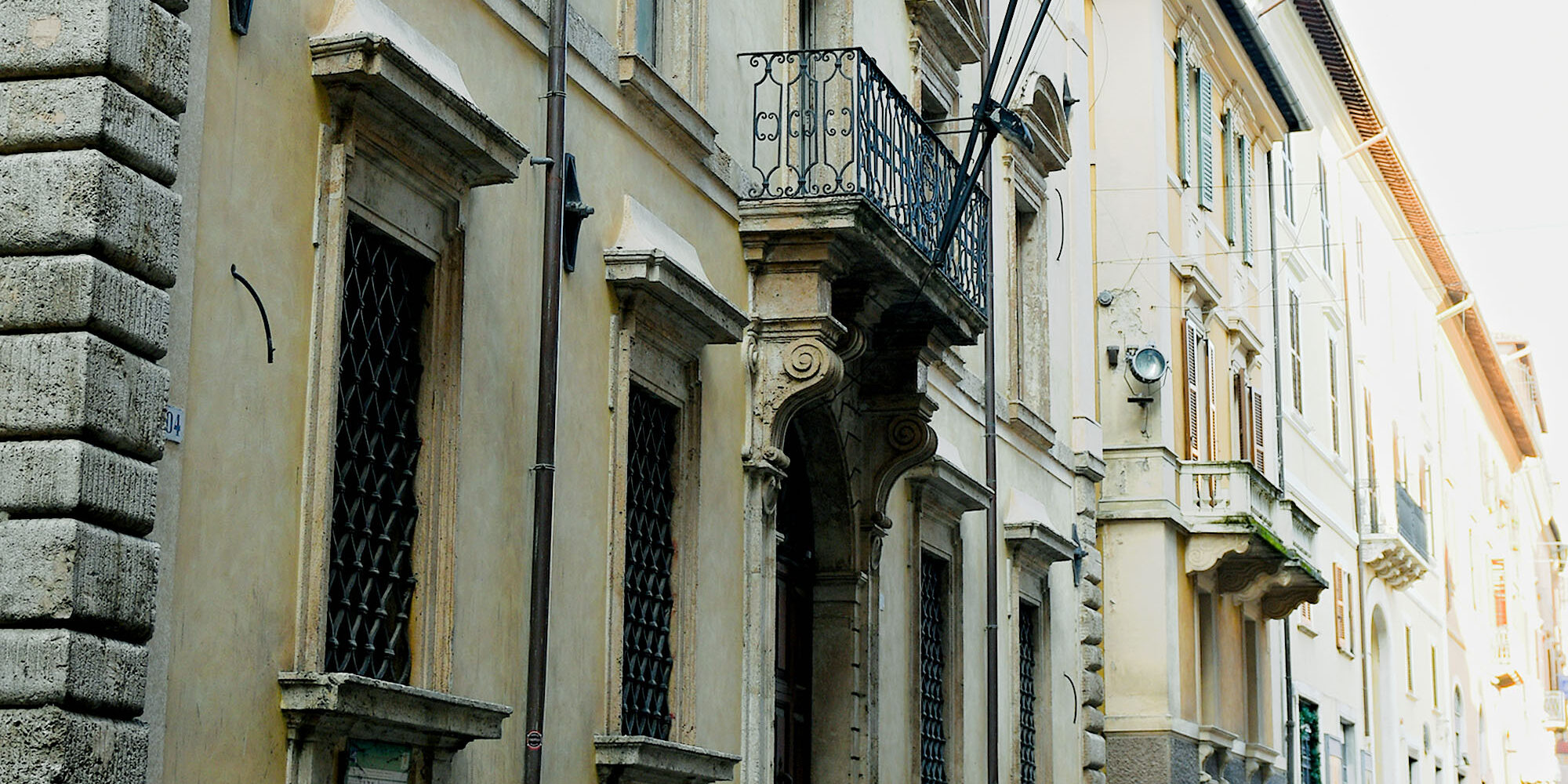 Once belonged to Giuseppe Aluffi, gonfaloniere in the 1700s, Palazzo Aluffi has been the headquarters of the “Carabinieri” Barracks since 1916. During the consolidation work of 2011, stratigraphic excavations have brought to light important ruins from the Middle Ages up to the 8th century BC and beyond.

The building is intended to house the Sabina Universitas headquarters.
The medieval palace of the Aluffis, family of the city’s aristocracy, is anchored to the papal palace through the spans of the arch of Bonifacio VIII and preserves in its foundations important historic references dating back to the Roman era, already known to the canon Carlo Latini in the first half of the 19th century. The building has been subject of a systematic stratigraphic excavation campaign during the consolidation work started in 2011.