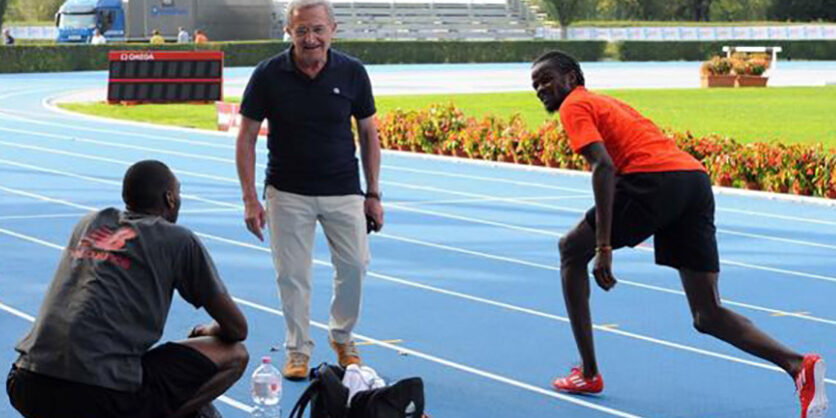 The Rieti Meeting (formerly known as the International Meeting of the City of Rieti) is known as the athletics meeting that took place annually in the “Raul Guidobaldi” stadium in Rieti at the end of summer, as a stage of the IAAF World Challenge international circuit (until 2009, of the IAAF Grand Prix).

The Rieti meeting was established in 1971 by Sandro Giovannelli, who later became a member of the IAAF Competition Commission, who remained in charge of organizing the event until the last edition.

In 1994 the event was first entered into an international circuit, the IAAF Grand Prix II.

In 2005 the Rieti meeting appeared in eleventh place in the world ranking of athletics meetings drawn up by the IAAF.

In the 2010 edition the meeting celebrated its 40th anniversary with yet another world record, making it one of the longest running in Italy among those still played.

Over the years it has earned the name of “temple of the middle distance” given the consistency of the good results in competitions on medium and long distance and beyond, given the world record set by Asafa Powell on 100 flat meters.

A historic feature was the closure of each edition with the music of “Once upon a time in the West” and the flight in the sky of a glider piloted by an aerobatic pilot.

The 45th edition of the Rieti Meeting was held on 13 September 2015, which is the latest to date.

On August 26, 2016, for the first time in 45 years, it was announced that the edition of that year would not take place: the cancellation of the meeting was motivated by the need not to commit resources, men and structures used in rescue operations of the disastrous earthquake of Amatrice, which took place two days earlier about sixty kms from Rieti.

The organizers, however, hoped that the following year, the IAAF World Challenge could put the event back on the international calendar.

In April 2017 this was actually granted by the IAAF and the meeting was set for September 3 of the same year, but the lack of sponsorship did not allow the realization of the event which therefore saw its stop at the 45th last edition, waiting to resume an appointment of great success for the city of Rieti.

It is necessary to remember the important recognition of the Mayor of Rieti, Antonio Cicchetti, of honorary citizenship to Sandro Giovannelli, in the face of a prestigious career and as the patron of the Athletics Meeting which for 45 years, has allowed the city to make itself known and appreciated all over the world.