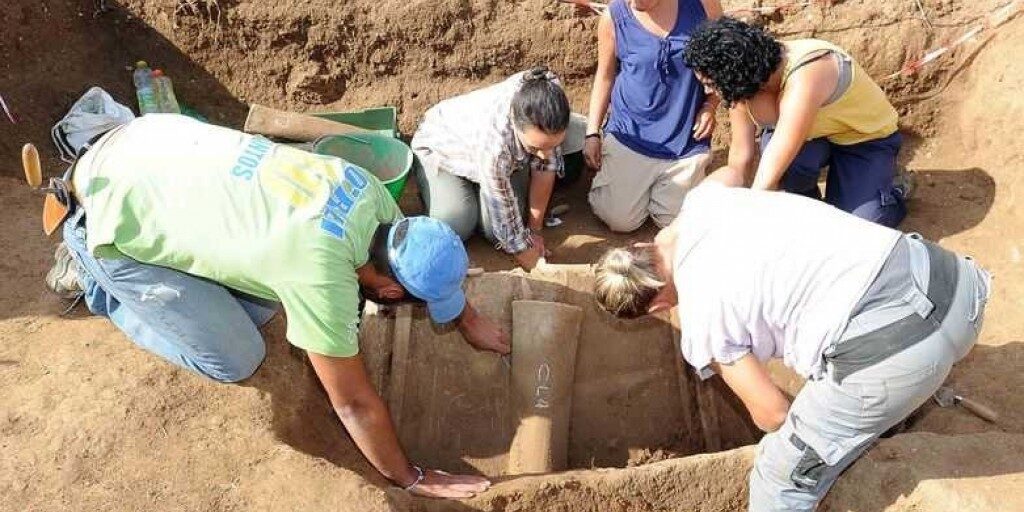 The necropolis of Campo Reatino is a funerary area dating back to 1000 BC, a period in which the formation process of the Sabine ethnos began. The findings have made it possible to investigate and understand the origins of the Sabine peoples, who from the beginning appear to be culturally bound, but independent, from the Latin ones.

Located on the northern edge of a travertine terrace, Campo Reatino’s Necropolis originated in an environment made of lake facies and terraced basins in the Quaternary period, extending for about three-square kilometers and sloping northwards. Accidentally identified in 1929 by Giacomo Caprioli, this necropolis demonstrates that the Rieti basin was inhabited before the formation of the Lacus Velinus. Here Giacomo Caprioli found and recorded all the materials and remains of the funerary structures discovered, all belonging to at least three incineration tombs of the first Iron Age.

Strongly desired by the municipal administration, other excavation campaigns have been carried out in recent years, bringing to light important elements on the history of the ancient Sabine culture. It has been a work that not only has brought out cultural affinities with the surrounding territories and the natural environment but also has contributed to the diffusion and development of a different knowledge of our country. The activity carried out by the Sapienza University of Rome and the Civic Museum of Rieti, in collaboration with the Superintendence of Archaeological Heritage of Lazio, saw the participation of dozens of students, engaged in on-the-job training as an integral part of their university path.