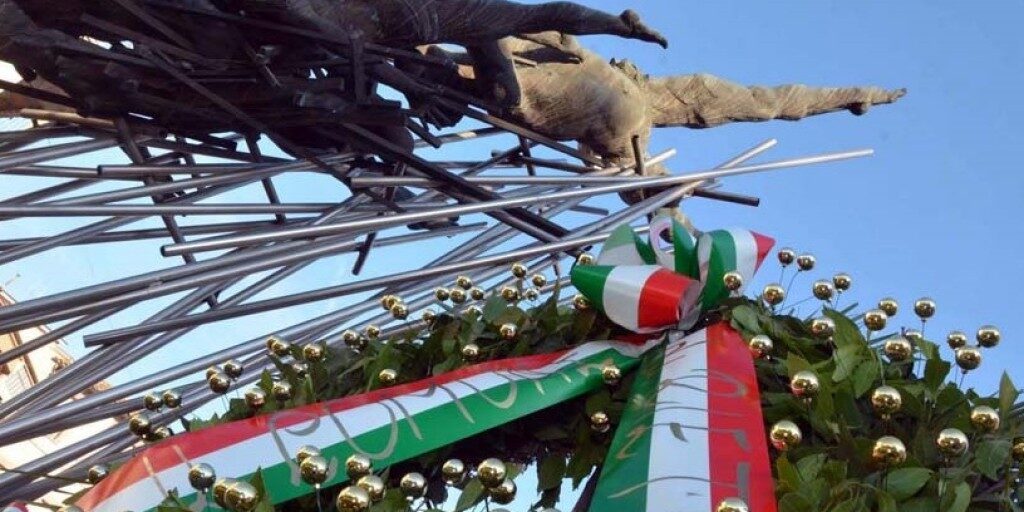 The history of Rieti does not end with the city being provincial capital. Indeed, also Rieti was in some way involved in those events that have affected the history of the whole peninsula and that we all study in schoolbooks with the name of World War II.

On 5 June 1944, Rome, the capital of Italy, is safe. The bells ring to party to greet the dawn of a new day, the one that follows the Allies’ entry into the city, in a Rome in which the German troops retreated without engaging the so feared rearguard battle. But a few kilometers from the capital the situation is not the same. On the evening of the same day, in fact, a spy plane was exploring the territory of Rieti, discovering that large numbers of soldiers, wagons, armored vehicles had nested in the outskirts of the city with deposits of material awaiting transfer to Terni and Spoleto. The Rieti crossroads became of strategic importance at this critical juncture and Borgo S. Antonio was the one who paid for it.

It is June 6, 1944 and, even for Rieti, the last days of the war were the hardest to bear. Suddenly, the noise of the planes, then of the bombs … It is 9 am and several barrages of rockets started to disseminate blood and despair. In a few seconds only an enormous cloud of dust was visible, then the rubble, covering the population of the district, the injured, the dozens of dead. The Church of San Michele Arcangelo, symbol of the area, was totally damaged, so as to have to raze it to the ground and rebuild.

The military action caused many victims and razed part of the district and on that occasion, priests and seminarians did an excellent job in assisting the injured.

On June 13, 1926, a Monument to the Fallen by Inghilleri and Antonino Calcagnadoro, representing an angel, was placed in Piazza Mazzini. The area of ​​the event, on the other hand, was honored by the fantastic bronze work of Dino Morsani, an international artist who was born in Borgo S. Antonio district, where he’s still loved and admired.