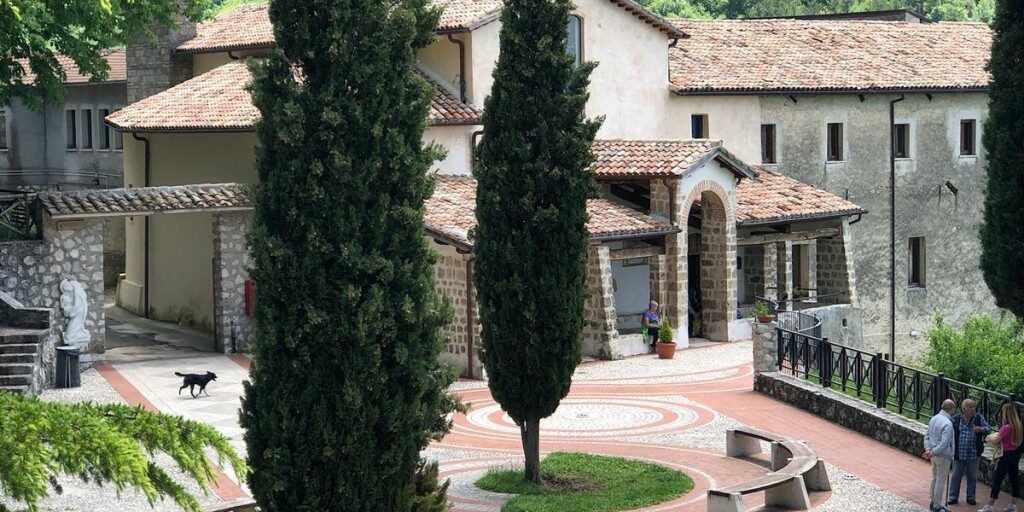 Not far from the town there was a hermitage surrounded by even more solitary caves where Francis and his followers stopped.

Here, according to tradition, he would have had from God the certainty of the remission of his sins and the revelation of the apostolic mission to which the nascent Franciscan Order was called. It was from the small hermitage of Poggio Bustone that the first peace mission in the world started.
The hermitage and the cave are still sacred today: next to them, the present sanctuary has been built over the centuries, not of large proportions, but according with that poverty the Saint yearned for.

To be visited is the church dedicated to St. James the Greater, the primitive hermitage, the lower Sanctuary and the cave of the revelations or upper sanctuary.

For further information, tour or reservations: