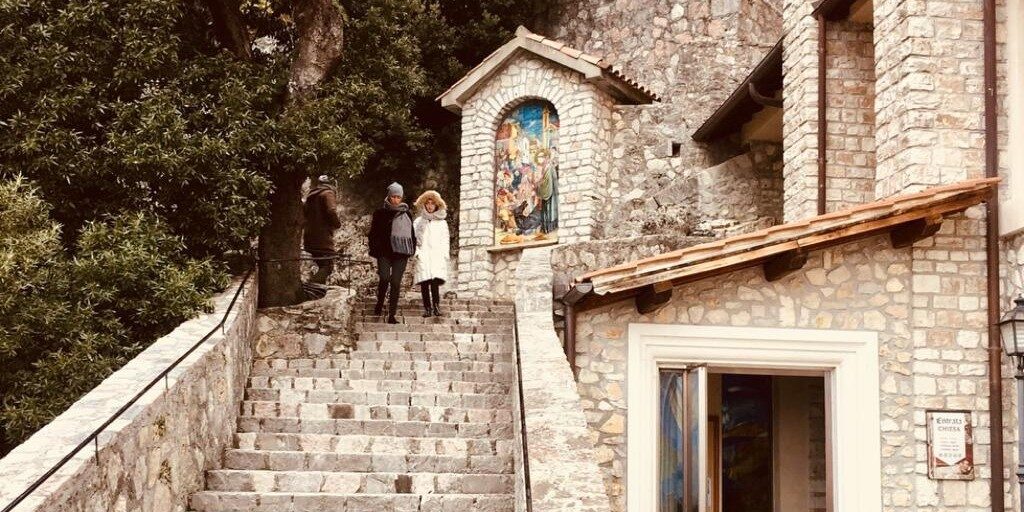 A few steps away from the homonymous village, within a thick holm-oaks forest that dominates the green basin of Rieti, the Franciscan Sanctuary of Greccio displays all its splendor. The sanctuary is a complex of buildings whose most ancient nucleus dates back to the years in which Saint Francis lived there. This simple and solitary place, so “rich in poverty”, was so dear to the Saint who returned several times to live in meditation and in prayer. Here, at more than one thousand meters above the current convent, the Saint built a hut protected by the branches of hornbeams. Here his preaching had such a following that he himself recalled “I’ve never seen as many conversions as in this small castle of Greccio”.

In Greccio Francis saw growing up the devoted and sincere friendship with Giovanni Velita, a feudal lord of the village who became the most fervent supporter of the Saint’s activity in Rieti and who promoted the construction of the hermitage in which Francis and his disciples lived. It was to Giovanni Velita himself that in December 1223 Grancis expressed the desire to represent, for the first time in the history of Christianity, the birth of Jesus through the Living Nativity Scene.
That’s the reason why Greccio has become the Franciscan “Bethlehem”, a place consecrated to God, a symbol of love and devotion without limits. From that Christmas night in 1223, the crib of Greccio reached all corners of the Christian world, bringing its message of peace everywhere and inspiring the imagination of thousands of artists and simple artisans.
Even today Greccio preserve the simplicity of that time, not at all disturbed by the continuous presence of pilgrims and devoted visitors who want to catch and preserve the lively and profound spirit of the Franciscan presence and preaching deeply visible and tangible in this place of solitary and silent faith.

To be visited are the Chapel of the Nativity and the Convent and the primitive church.

For further information, tour or reservations: