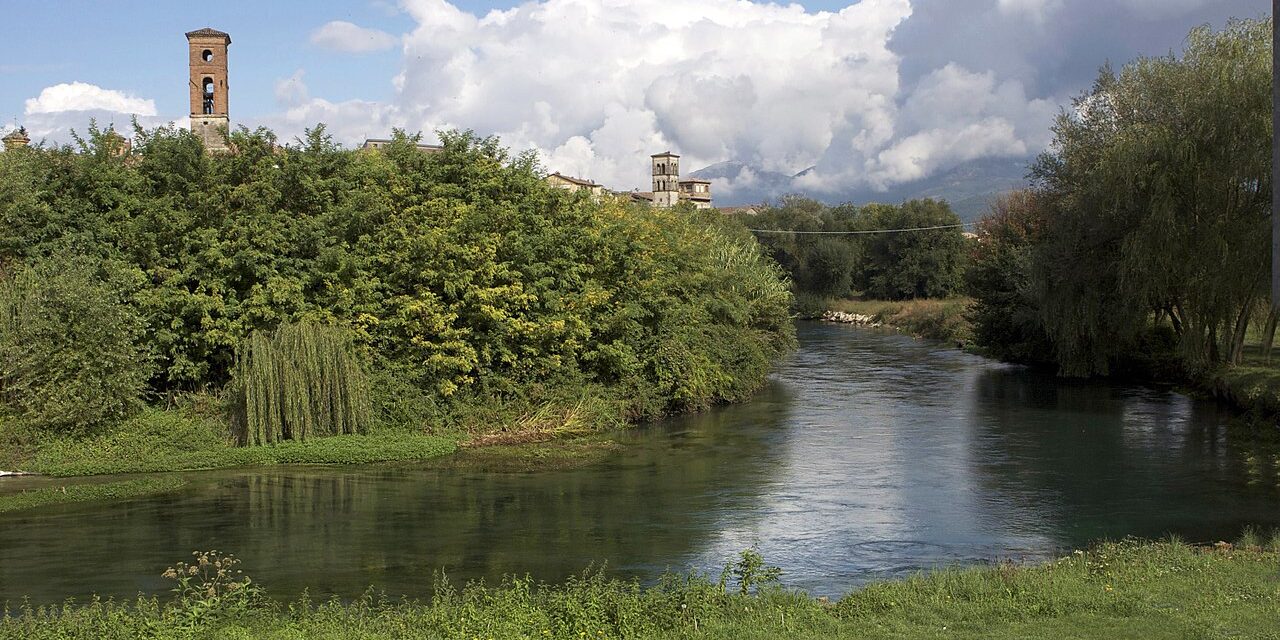 In prehistoric times, the Rieti basin was entirely occupied by a large lake generated by the Velino river. In fact, the waters of the Velino, rich in calcium carbonate deriving from the volcanic activities of the Quaternary era, in the areas where the river flowed, began to sediment limestone, which was collected in particular at the point of confluence between the Velino river and the Nera one, creating a considerable difference in height between the Rieti plateau and the Terni area, which were originally on the same level. These sediments first created a sharp drop between the two plateaus and then a barrier of limestone, which blocked the passage of the Velino River, which then flooded the entire valley creating that lake that the Romans called Lacus Velinus. Over the centuries, the lake underwent advance and retreat movements which determined the formation of large swampy areas that favored the development of malaria epidemic, making the area very unhealthy.

The hydrogeological structure of the Rieti Valley is strongly influenced by the area underground hydrodynamics, which presents four major emergencies of the basal table, of high average range:

a) the springs of St. Susanna in the North-East, located at the meeting point between the Monti Reatini and the Rieti Plain (5.5 m3 / s);
b) the Plain of St. Vittorino in the east, where the springs of Peschiera and other numerous emergencies originates, for a total of about 30 m3 / s;
c) the springs of Le Capore in the south, in the Farfa river valley, with an average flow rate of 5 m3 / s;
d) the gorges of Montoro-Stifone in the North-West, where the homonymous linear spring, with an average flow rate of 15 m3 / s, originates.

The major hydrogeological structures that feed these important springs are therefore mainly represented by carbonate aquifers and include the ridges of the Monti Sabini and Reatini (of the Umbro-Sabina series) and that of the Monti Giano, Nuria and Velino (of carbonate platform).