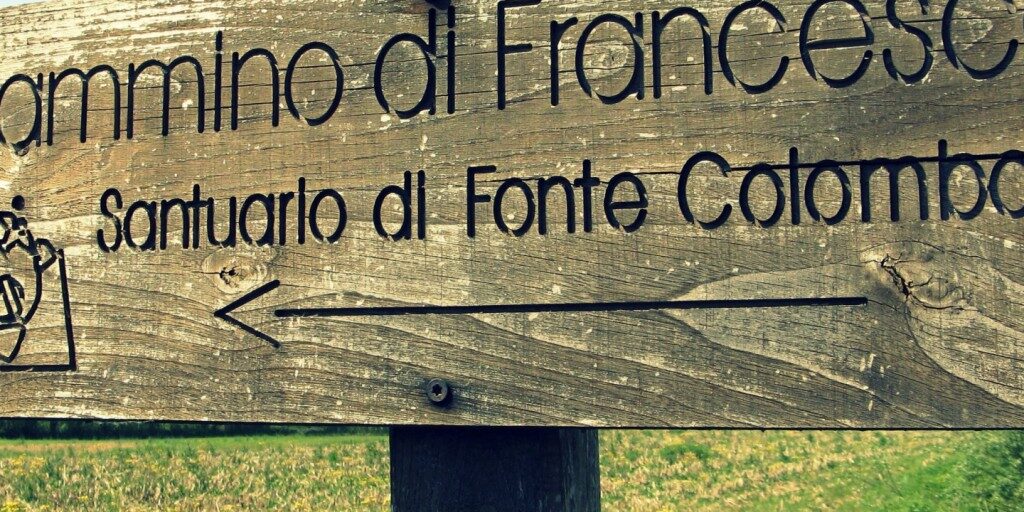 Inaugurated in 2003, initially the Saint Francis Walk only involved the Rieti Holy Valley. Thanks to the growing interest aroused by pilgrims or more generally by lovers of trekking and nature, it has subsequently taken on an interregional dimension, linking Rome to Assisi.

The luxuriant nature of the Holy Valley, which has remained practically unchanged overtime, welcomed Francesco, coming from his native land in search for a refuge, in a warm embrace. Perhaps it was precisely for this reason that the Saint chose the Rieti’s Holy Valley to accomplish three fundamental gestures of his life and spirituality: in 1223 he wanted the first crib of Christianity, the same year he wrote the definitive Rule of the Order of Franciscans and probably that tender hymn which is the Canticle of the Creatures.

The stages of the Saint Francis Walk, to be done on foot, by bike, on horseback or even by car and bus, follow the very itinerary he took eight hundred years ago. The fulcrum of the path is the 56-kilometer-long ring that leads to the medieval city of Rieti, with its palaces and churches, connecting the four Franciscan shrines of Greccio, La Foresta, Fonte Colombo, Poggio Bustone and the wood of the Saint Francis Beech in Rivodutri, in a cross-shaped itinerary of faith.
At each shrine it is possible to collect the passport and by contacting the Office of the Saint Francis Walk you can obtain the pilgrim’s certificate.

Along the entire route there is the official two-colors signage (yellow and blue) that guides and accompanies pilgrims and walkers on their journey.