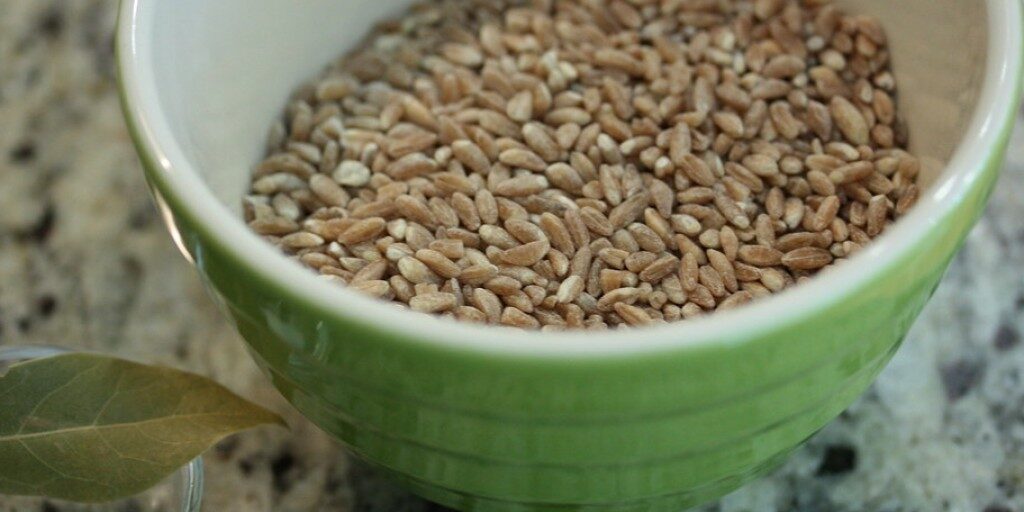 ORIGIN
Farro is a cereal originating from the geographical area of Palestine that spread over 5,000 years ago in ancient Egypt where it represented the basis of people’s nutrition.

HISTORY
Farro has very ancient origins and in Lazio it has spread since the seventh century BC, being a typical cultivation of the Rieti plain since the times of the Roman Sabines. Homage to ancient Gods, it was one of the basic elements of the diet of the citizens of the Old Empire. The legionaries had this cereal always with them during the campaigns, and it was not denied even to slavers.
Until the Middle Ages, dressed farro was the most widely cultivated cereal but later it was gradually replaced by the bare typology, easier to work for baking. Farro cultivation therefore found itself confined in niche areas, including the Rieti plain.

PRODUCTION ZONES
Farro, as a cereal, fits well with the territory of Rieti, thanks to the poor soils of the hills at the base of the mountains that surround the ancient bed of Lacus velinus. Small farro cultivations are present also in the areas of Cantalice, Poggio Bustone, Morro, Labro, and along the Via Salaria, in the areas corresponding to Cittaducale and Antrodoco.

ORGANOLEPTIC CHARACTERISTICS
When we talk about Farro we indicate the grain that can come from three different species of wheat: the Triticum monococcum L (diploid wheat), Triticum dicoccum L (tetraploid wheat) and the Spelta (hexaploid wheat).
The T. dicoccum is normally used in the common production, in particular by the Rieti Institute of Agricultural Techniques that can transforms into flakes and flour products with a brand recognized by the local Chamber of Commerce.

NUTRITIONAL VALUES
Farro flour has a remarkable nutritional value and due to its richness in fiber, a low caloric content. For 100g of flour there are 2 in fat, 12 in protein, 61 in carbohydrates. It is rich in mineral salts, magnesium in particular, vitamins of the B group and methionine, a very important amino acid for the phospholipid’s synthesis.

PRODUCTIVE PROCESS
The flours are produced through normal milling while the farro kernels are selected, roasted with dry cooking and then puffed only using high pressure and high temperature steam. In this way the cereal maintains its shape while increasing in volume.