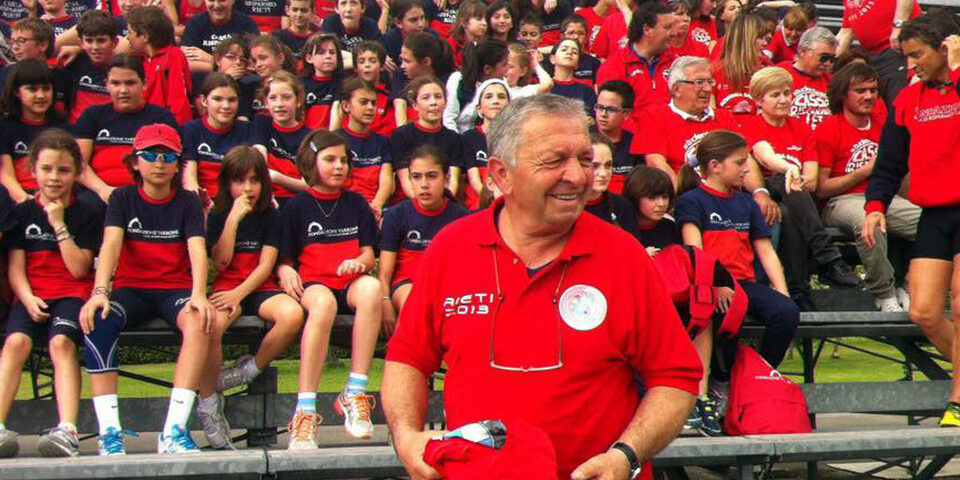 Formerly known as CA.RI.RI. Athletics Club, is an Italian athletics club based in Rieti.

Founded in 1975 by Andrea Milardi and Raoul Guidobaldi, becomes CA.RI.RI. Athletics Club the following year, sponsored by the Cassa Di Risparmio di Rieti. The end of 2015, however, sees the well-known Rieti bank incorporated by Intesa Sanpaolo, a banking group that will become sponsor in 2016. It will be following the death of his beloved Andrea Milardi that the company will change its name to Athletics Club “Andrea Milardi” ASD.

Since its foundation, the club has never stopped its activities, preparing a large number of great athletes. In particular, 109 athletes entered the national team, for a total of 302 appearances, 164 athletes are Italian champions with a total of 249 gold medals, and 99 athletes joined military sports groups.

What has been of primary importance since the very first step of the club was its deep relationship with schools and, above all, with all the teachers of physical education of the institutes of the whole province of Rieti. The club’s commitment to young people and the city is also visible through all the activities enhanced during the years of its history. And we’re talking about all the competitions and sporting events, organized together with the Provincial School Office and the local sections of FIDAL and CONI, whose aim is that of encouraging young people to know and practice sports. Among these, the most famous is the Scheggia Sabina, for middle and high school students, who crowns the class and the fastest student of each age in the 60m race, the 80 × 100 Staffettone, and the “Don Bosco Trophy”, a cross-country race reserved for primary and middle schools.

But the Athletics Club “Andrea Milardi” ASD is also the mother of famous athletes such as Andrew Howe, Roberto Donati, Maria Enrica Spacca, Maria Benedicta Chigbolu and many others who honor the name of the club and of the city of Rieti every day .