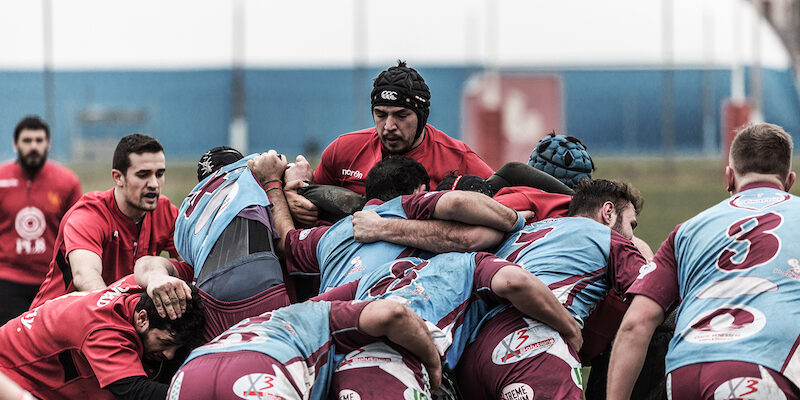 Mud, sweat, rain, joys and defeats. That of the Arieti, the Rieti rugby team, is a story made of goals achieved between punches and respect, a story that began in the 60s.

It is 1961 when Paolo Vaccari, a Roman rugby player from Morro Reatino, decides that the time has come to found a rugby team in Rieti. The answer was not that exciting. On the day of the presentation of the project at the Circolo di Lettura of the Flavio Vespasiano Theatre, in fact, there were very few people, even less those who took part to the first training sessions in via San Liberatore, in front of the Varrone Classic high school. The initial effort was really great, since raise the funds was not easy, but who really believes in something is destined to succeed in it, sooner or later. And so it was in 1981, when Rieti rugby could experience the thrill of Serie A, a season during which it was possible to put to the test the Rieti team strength and play with the big ones like Treviso, L’Aquila and Rome.

Despite this, rugby in Rieti is still not completely contemplated as a sport on a par with basketball and football, much more followed. But this until 1996, when the Rieti stadium hosts Italy-Scotland. The historic victory was like a sudden awareness of the fact that the Azzurri of rugby could be ready for the Six Nations.

On the occasion of the 50th anniversary of the birth of Rieti rugby, held at the Flavio Vespasiano Theatre, a Paolo Vaccari still in love as the first day of this magnificent sport says “Rugby is 25 percent technique, 25 percent tactics and 50 percent friendship “.