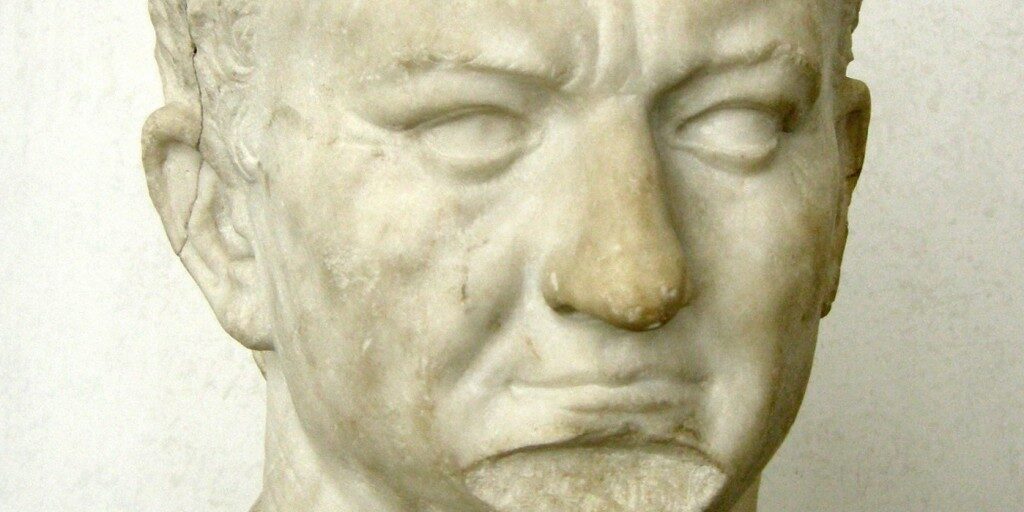 With a magnificent theater bearing its name in the historic centre of the city of Rieti, Tito Flavio Vespasiano, the founder of Rome, was born in Sabina, in Cittareale. Here, in 2009, an extraordinary Roman villa was discovered, a villa that could have been the country residence of the Flavian dynasty.

After serving in the army in Thrace and being a quaestor in the province of Crete and Cyrene, he participated in the Roman invasion of Britain under Emperor Claudius. In c. 51 he was consul, in c. 63 he went to Africa as governor, in c. 66 he conducted the war in Judea, which threatened to spread to the whole east. Between c. 68 and c. 69, year of the death of Nerone, four different emperors were elected from four different areas of the empire: Galba in Spain, Vitellius by the Germanic legions, Otho by the praetorian guard and Vespasiano by the Syrian legions.

According to Suetonius, a prophecy known in all the eastern provinces proclaimed that the future rulers of the world would come from Judea. Vespasiano probably believed that this prophecy applied to him, and it is said that he found a large number of omens, oracles and portents to reinforce this belief.
In the East everyone was anxious to support him and, while he was in Caesarea, he was proclaimed emperor by the army in Egypt and later by his troops in Judea. Tacitus tells that during his stay in Egypt, Vespasiano became the protagonist of two miracles, treating, with his touch, the eyes of a blind man and the hand of a cripple. The favor towards Vespasiano began to grow and the armies of Thrace and Illyria quickly acclaimed him as their leader, bringing his role to that of the master of half the Roman world.

Under Antonio Primo’s command, the troops of Vespasiano entered Italy from the north east, defeated the army of Vitellio, pillaged Cremona and advanced towards Rome. Once received the news of the defeat of the rival killed in Alexandria, the new emperor sent to Rome supplies of grain. Vespasiano arrived in Rome in c. 70, letting the war in Judea be conducted by his son Tito, and he set to work in order to establish new and solid foundations for the government and finances.
Under Vespasiano’s much money was spent on public works, from restorations to the embellishments of Rome, including a new Forum, the Temple of Peace, the public baths, which take the name of “Vespasiani”, and the Colosseum.

Through his example of a simple life, he put to shame the luxury and extravagance of the Roman nobles. One of the most important provisions of Vespasiano was the promulgation of the lex de imperio Vespasiani, following which he and the successive emperors were supposed to rule the Empire on the basis of legal legitimation, no longer on the basis of divine powers. As a censor, he reformed the Senate and the equestrian order, promoting able and honest men.
Vespasiano was generous to impoverished senators and knights, to towns and villages devastated by calamities, and especially to men of letters and philosophers, many of whom received a life annuity of more than a thousand gold pieces a year.

Vespasiano died on June 23 of the year 79 in his villa near the thermal baths of Cotilia, a few kilometers from Rieti.