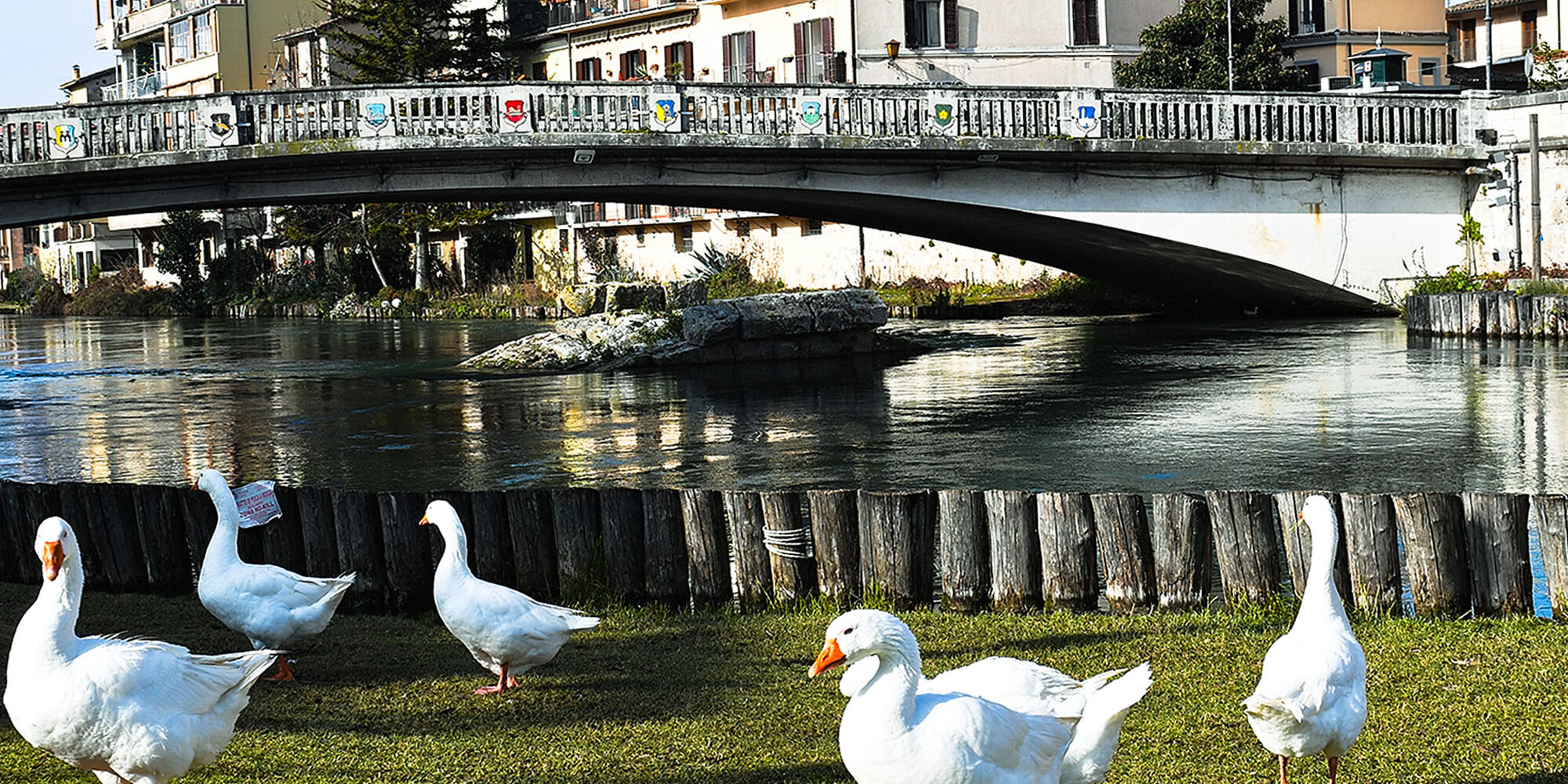 “The rivers have always attracted me. The fascination is perhaps in that continuous passage of theirs remaining unchanged, in that going on remaining, in that being of theirs a sort of physical representation of history, which is, as it passes. Rivers are History.”Tiziano Terzani
And the Velino River brings the history of Rieti into its unceasing flow. A history that begins with the salt, the white gold of antiquity, essential for the preservation of food and for its dressing, but also for paying the soldiers, a source of wealth for those who were not lucky enough to live along the river banks.

The Romans were the first to understand its value, so as to build the Via Salaria (Salt Road), the oldest consular road that from Rome reached Porto d’Ascoli for the transport of salt, crossing the city of Rieti.
But here they had to deal with something much more powerful: the water of the Velino river. A blessing and a curse for the city and its surroundings, the river that today, quietly crosses the city, in the past has always made life difficult for the local population, forced to fight it when it decided it was time to leave its embankments.

It was the consul Marco Curio Dentato who requested the Marmore cut, making possible for the waters of the Velino river to fall into those of the Nera one, freeing the Rieti plain from the waters of Lacus Velinus. This has been one of the most important landscape-engineering work in history, allowing the city to become an important agricultural center, natural supplier of Rome.
The abundance of water in general and the continuous flooding of the Velino river also made it necessary to build a viaduct made of rampant arches to make the Salaria crossing the river, with a solid stone bridge whose remains are still visible under the bridge built in modern times.
Today the embankments of the Velino River are meeting places for the inhabitants of the city, thanks to the presence of bars and restaurants and to a walk immersed in the verdant surroundings that accompanies the course of the river, until they rejoin the Ciclovia. Moreover, in some places it is possible to practice rafting or relax on the small beaches touched by the turquoise water of the river.