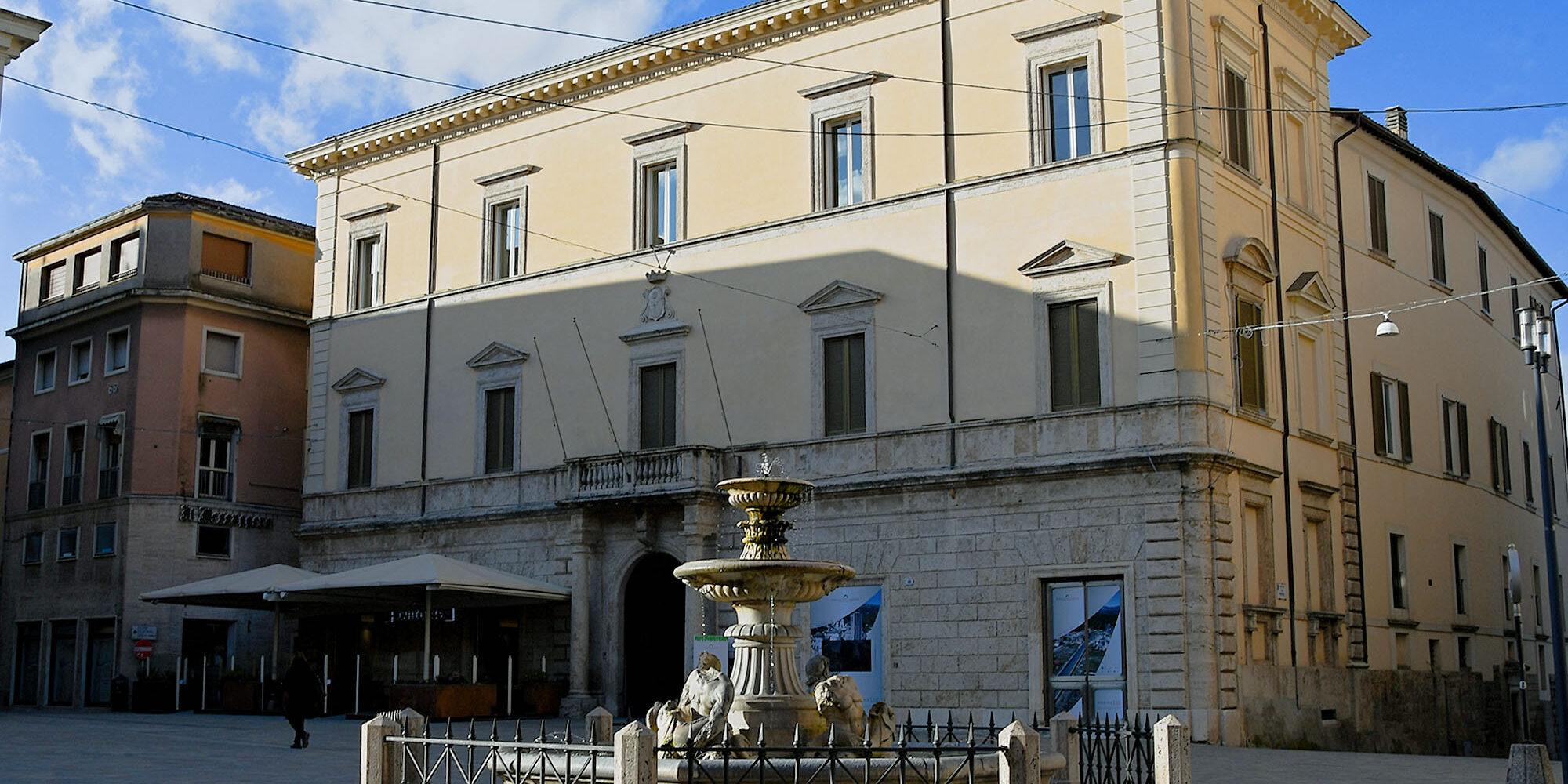 Palazzo Dosi Delfini, today property of the Fondazione Varrone, stands on the southern side of Piazza Vittorio Emanuele II, separated from the Palazzo Comunale (Town Hall) by Via Pennina.

Built in the area occupied by the Montegammaro building, it was purchased in 1617 by Annibale Vincentini, and the architect Lorenzo Angelini commissioned to build for him a new palace. The worksite was closed at Vincentini’s death and reopened only at the end of the nineteenth century by Gabriele Vincentini, who asked Giacomo Monaldi to redesign the façade, harmonizing the late Baroque and neoclassical elements deriving from the long history of the building, characterized by the elliptical court overlooked by the loggias of the apartments reserved for the aristocratic family of Rieti. In the niche in the center of the balcony of the noble floor there is a beautiful bronze statue of St. Barbara, by the Roman sculptor Ernesto Troili, while a sundial is visible in the upper balcony wall.