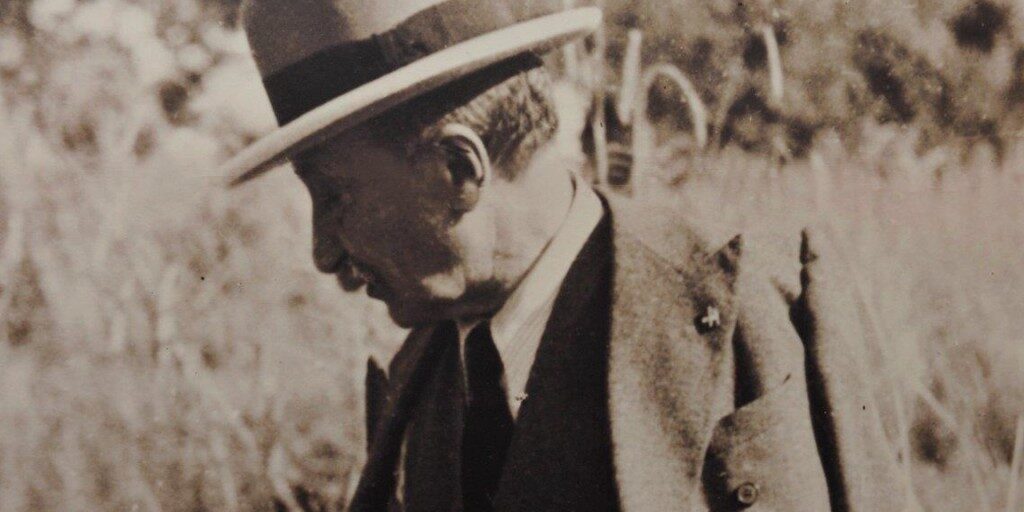 Nazareno Strampelli, (Crispiero di Castelraimondo, 29 May 1866 – Rome, 23 January 1942), was an agronomist, geneticist and Italian politician, precursor of the green revolution. Among the most important Italian genetics experts of the time, his efforts led him to the realization of dozens of different varieties of wheat, which he called “Elected Seeds”. Some of these were cultivated until the eighties of the twentieth century and even in the twenty-first century, allowing, in Italy and in the countries that used them, considerable increases in the average yields per cultivated hectare, with substantial benefits on the food availability of the populations. The wheat varieties created by Strampelli and exported to Mexico were one of the bases of the genetic improvement studies that led to the “green revolution” of the sixties. From a practical point of view, his method of crossing different varieties to obtain new cultivars (crossbreeds) proved to be successful compared with the one that selected seeds only within a single variety (mass selection).

Nazareno Strampelli began his studies on the hybridization of wheat species in 1900 in Camerino, although he was not yet aware of the studies by Gregor Mendel, which at the time were not particularly known. It was here that he began to work on the “Rieti” type, a grain that he considered potentially very suitable for hybridization, on which he experimented “No\’e8” grain crossings in order to arrive to a plant resistant to lodging and suitable for cultivation in Macerata. “Rieti” was not very susceptible to wheat rust, but was unsuitable for the foggy climate of the area.

Although not a real novelty (already some specimens had been presented in 1835 in London), the scientific hybridization of wheat had not achieved a relevant diffusion and was still considered a minor branch of agronomy. In 1903 the Ministry of Agriculture, Industry and Commerce led by Guido Baccelli set up an experimental itinerant “wheat growing” chair in Rieti, with a fund of 7,500 lire. Strampelli obtained the title thanks to his work “Major improvements to be introduced in the cultivation of wheat, taking into account the current state of agriculture in central Italy”. The scholar was mainly interested in the possibility of experimenting with his own theories in a controlled environment such as the Rieti Plain.

Strampelli’s first period in Rieti was very hard. He had to stay in a hotel, and he had to ask with great insistence to the Municipality of Rieti three rooms inside the local Cassa di Risparmio, which he finally obtained. Between October 1903 and April 1904 the available equipment was only a wooden stool. Despite this, by the end of 1904, Strampelli had developed 53 different hybrids. The following year they would have been 112, and 134 in 1906. The scholar then obtained from the Prince Ludovico Spada Veralli Potenziani some lands to be used for experimental crops in Setteponti, far from Rieti but suitable for the purpose. By now, aware of the work of Gregor Mendel, Strampelli began to develop some species of hybrid wheat, with the aim of solving the problems of the world of agriculture, mainly related to the limited productivity of crops and the numerous seasonal diseases and plagues which native plants were subject to.

Thanks to his commitment, starting from June 2, 1907 the itinerant chair was converted into an Experimental Station, with the doubling of the available fund, now of 15,000 lire, allowing the scientist to give a solid base to his studies. Given the results, the Ministry of Agriculture conferred a loan of 125,000 lire between 1911 and 1912, then increased to 155,000, for the purchase of experimental land. In addition, an increase in staff and the establishment of experimental land in different parts of Italy was approved. Initially, Strampelli’s research activity was not favored by the governments of liberal Italy: even in two cases (in 1910 and 1917) the scholar had to threaten to resign in order to obtain the land necessary for experimentation from the Ministry. However, he also succeeded in obtaining the launch of an innovative law, called “seed exchange”, which guaranteed the farmers the possibility of exchanging equal quantities of seeds of old varieties with experimental ones for free. The market diffusion of the first hybridized grains, during the Great War, gave Strampelli notoriety in Italy and abroad: in 1919 the Accademia dei Lincei granted him the “Santoro” prize of ten thousand lire and the Institut International d ‘ Agriculture paid homage to him on the initiative of the Swedish baron De Bildt. With the fame achieved, the scholar was able to found the National Genetic Institute for Cereal Culture in Rome on 8 June 1919, where he developed further studies on new hard and soft grains. Strampelli maintained the direction of the Roman center, supporting him at work on the Rieti chair.

However, in Rieti the scientist was also the object of numerous criticisms, above all coming from the association founded by himself. The new grains were seen as a threat to the “original Rieti” wheat, widespread among all the farmers in the area and among the most appreciated one. In March 1924 the farmers of the association expelled all those who used modified grains from it, and sought the help of an expert to improve the “Rieti” wheat with traditional methods, but with little success. Still in 1931, in full “Battle of the wheat”, the resistance to the introduction in the Rieti of the new seeds were so strong that the province attracted a note of reprimand from Mussolini, because of its scarce agricultural productivity. However, in 1939 the situation was reversed, and in Rieti 90% of the cultivated wheat was that of the species chosen by Strampelli. In 1922 the Argentine government invited the scholar to the South American country, where he went accompanied by his son Benedetto.

In 1925, Strampelli joined the National Fascist Party. Mussolini had already called him to important management positions during the Battle of the Wheat, the campaign to increase Italian cereal yields launched in July of that year. The “Battle” had some success above all thanks to the “Sementi Elette” of the professor. In 1929 it was included, on the proposal of the National Confederation of Fascist Agricultural Unions, in the list of personalities that the Grand Council of Fascism and Mussolini would have submitted to the sovereign for the nomination as Senator of the Kingdom. However, Strampelli was greatly upset and wrote to the Duce saying that position was absolutely not for him. Moreover, he ask to Mussolini to keep in mind his absolutely negative qualities and leave this place to others who, having more time and more capacity, would have surely better represented the Federation in Parliament, being more useful to the country. Despite this attempt, the candidacy was reaffirmed by Mussolini and approved by the Sovereign, and Strampelli was called from 1929 to occupy a seat in the Senate.

In 1933, Strampelli was addressed solemn national celebrations, officially proposed by the National Federation of Agricultural Technicians’ Fascist Trade Union, but probably wanted by Mussolini himself. The celebrations were attended by the Minister of Agriculture and Forests Giacomo Acerbo, the two undersecretaries, Arrigo Serpieri and Arturo Marescalchi, the official representatives of the Chamber and the Senate, numerous parliamentarians, and Prince Potenziani, president of the International Institute of Agriculture, the man who was the first to believe in Strampelli’s research in Rieti. Over three thousand representatives of all agricultural institutions came from all over Italy, from trade unions to provincial inspectorates, professors and all the scientific and academic institutions of the country. The city of Rieti gave him honorary citizenship. Despite being an authority in the field of genetics, Strampelli did not figure among the signers of the Manifesto of the Race. He died in 1942, causing considerable sympathy and emotion in Italy. The funeral took place in a solemn form, but in an extremely austere manner: the only crown of flowers on the coffin was that sent personally by Mussolini.