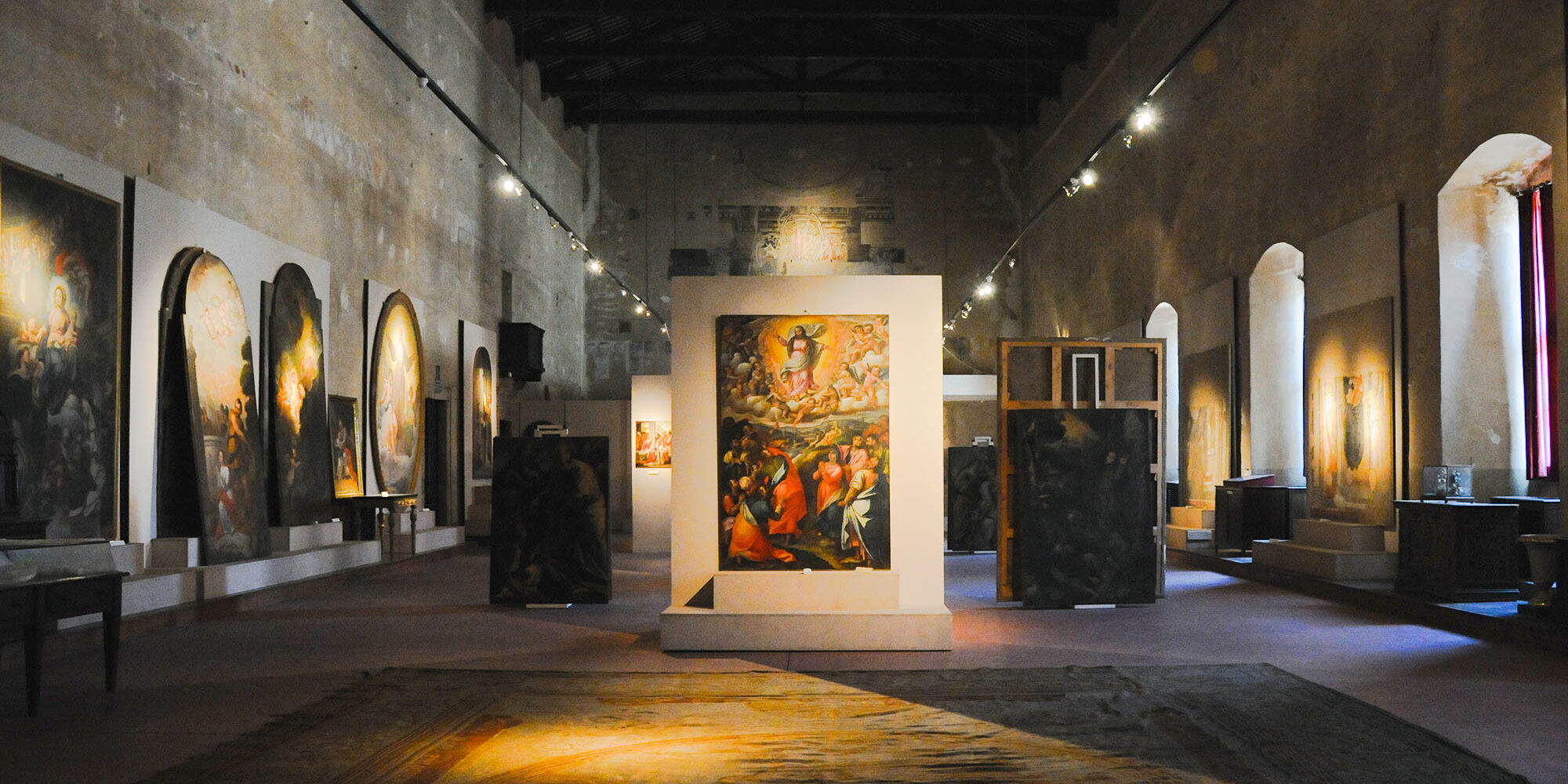 Is presented as a museum tour of which it is possible to admire the artistic beauties located in the rooms of the Cathedral of Santa Maria dell’Assunzione (Cathedral of Saint Mary of the Assumption) and the Papal Palace.

The first exhibition of the Museum of the Treasures of the Cathedral dates back to 1974 curated by Luisa Mortari. Over the years new environments have been incorporated, thus expanding the exhibition itinerary. The complex includes the hall of the Baptistery of St. Giovanni in Fonte, the sacristies of the lower basilica, the lapidarium and the art gallery, which occupies the magnificent audience room of the Papal Palace.

The historical centre of the Museum is the Baptistery, adjacent to the Cathedral; in the center a Reinassance-style baptismal font. Next to the tombstones it is possible to admire sculptures of Prophets and Saints made for the grandiose tabernacle of the chapel of the Blessed Sacrament, dismembered in the early seventeenth century.

Among the objects conserved in the jewelry collection, there are twenty chisel and embossed astylar crosses, some enriched with the use of polychrome enamel (dating back to the 13th – 14th centuries) and 15th century pyxes – reliquary, as well as other liturgical objects. Of great interest, the cross from Vallecupola from around 1563, commissioned by the Farnese family and created by Jacopo del Duca, pupil of Michelangelo.

There are numerous stone sculptures, including the 12th century marble lions that decorated the sides of the access portal of the lower basilica and a remarkable series of altar or processional statues. Also, of note are two works in ivory, the Shepherd’s Crook from the 14th century, chosen as the Museum’s logo, and the Immaculate Conception from the Parish Church of St. Tommaso Apostolo in Cerchiara. In addition to the ancient frescoes detached from the walls of the churches of the mendicant orders, those of St. Domenico and St. Francis, the Art Gallery also exhibits important paintings on canvas of the sixteenth and seventeenth centuries, some of them by Ascanio and Vincenzo Manenti, Lattanzio Niccoli, Tobia Cecchini and Giovan Giacomo Pandolfi.

Of high interest, the “Presentation at the temple” (1704) by Giovan Battista Gaulli called the Baciccio.

The Museum can be considered a meeting place between faith and culture, where the exhibited works are bearers of religious and spiritual messages.