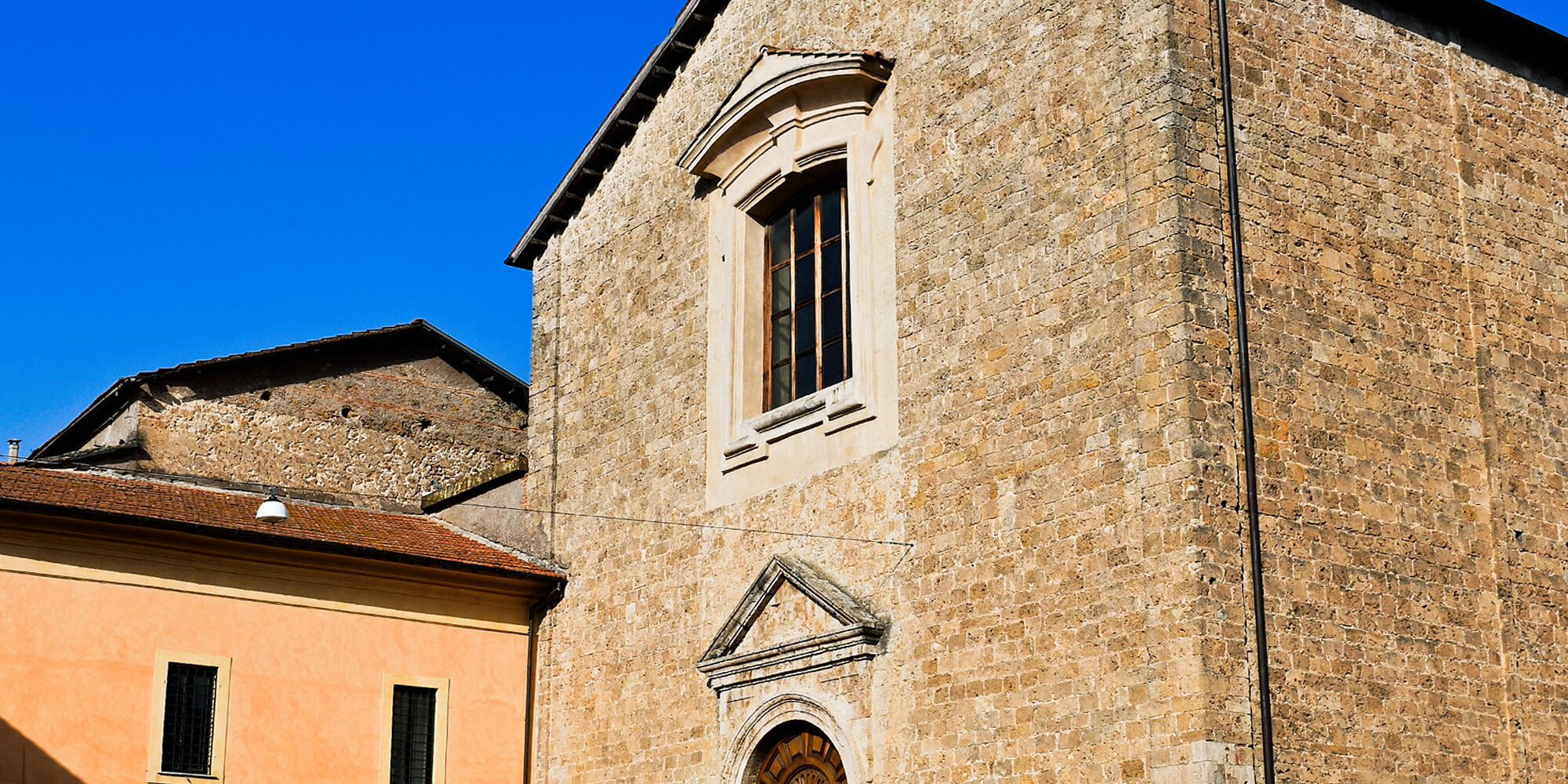 In 1263, the Provincial Chapter of the Dominican Order established the opening of a convent in the city of Rieti, where the founder of the order itself, Domenico di Guzman, had been canonized by Pope Gregorio IX on 3 July, 1234. Beato Martino di Perugia began the building works in the church of SS. Apostoli Simone e Giuda, for a half property of the Dominicans of San Sisto. The building of the basilica proceeded rapidly, so much so that by the end of the thirteenth century it was able to host the General Chapter of the Order.

The walls of the principal hall show traces of the original pictorial decoration. Important sections of the frescoes of the XIV and XV century were detached and then reported on canvas in the 1920s, when the church, already used as a stable for mules and horses of the Royal Army, was used as a carpentry workshop.
The most valuable of these frescoes, such as “La Strage degli Innocenti” by Liberato di Benedetto di Cola di Rainaldo, the polyptych by Luca di Tommé and the Vesperbild of the German school, are now visible in the Civic Museum.
Over the following centuries, the basilica underwent significant interventions due to liturgical adaptation.