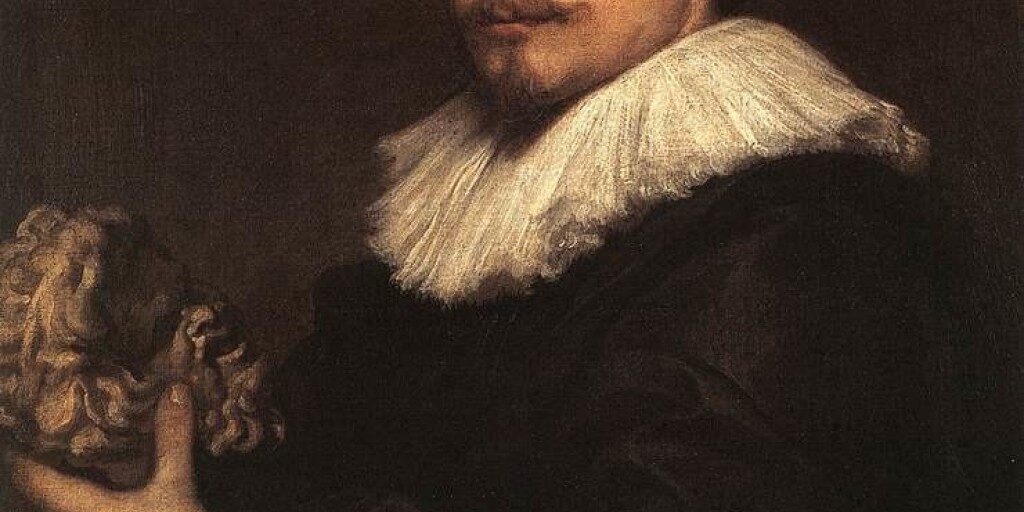 Antonio Gherardi was born in Rieti on September 20, 1638 to Giulia Poggi and Stefano Tatoti, a craftsman of the small-town bourgeoisie.

His outstanding talent for painting is apparent at an early age, as recalled by his biographer Leone Pascoli who drew up his biography in 1736. However, he cannot satisfy this natural inclination due to the family’s economic conditions, especially after the death of his father, in 1646. In 1656 Monsignor Bulgarino Bulgarini, Governor of Rieti, removed it from maternal protection to place it under that of his uncle; shortly thereafter the prelate, due to the spread of plague in the city, moved to Rome.
In July 1658, the twenty-year-old Antonio was in Rome at the Bulgarini’s which appeared as a patron and protector. In 1660 Antonio Tatoti was still in Rome, and it was in these days that he claimed to be a painter, taking the name of Gherardi. Thanks to his protector, he could easily move in the most exclusive aristocratic circles, coming into contact with the artists working for Queen Christina of Sweden, Pier Francesco Mola (1659-1662) and the most famous Pietro da Cortona, who created the important connection with the Barberinian entourage. The training period ended with a study trip, 1667-68, in northern Italy, visiting Venice, Perugia, Florence, Ferrara, Bologna, Milan, Mantua and Milan.

Gherardi’s career was on the rise. Between 1669 and 1670, he realized the paintings of the vault of the small but central Roman church of Santa Maria in Trivio, with fresco and oil technique and a Venetian flavor and bold perspective views. Then he realized the frescoes of Palazzo Naro’s Hall (1673-1675), in Monterone Road, Rome, depicting the stories of Esther and Ahasuerus, and the Chapel of Beato Francesco Solano, in Santa Maria of the Aracoeli, where he not only was in charge of the project, but also realized the stucco decoration and the lunette with the oil technique.

In 1974, Gherardi was named member of the Academy of St. Luke. In 1677 he returned to the Roman church of Santa Maria in Trivio with a plastic-architectural commitment for the stucco decoration of the high altar, a work that introduced him to the subsequent design of ephemeral structures.
From that stage, his artistic activity increasingly started to combine the design experience of architecture and the ephemeral structures that becomes permanent through the experimental use of the stucco technique. This can be seen in the Avila chapel of Santa Maria in Trastevere (1680), in the decoration of the chapel in San Carlo ai Catinari and in the altarpiece depicting Saint Cecilia, housed in the eponymous Academy. In 1691, after the death of the architect Carlo Rainaldi, Gherardi also received the assignment to develop the altar and the chapel project. Two other interesting works also belong to the fervor of those years (1697-1698): the chapel of Sant’Anna with the altar-piece depicting the Holy Family with Saint Anne, in the church of San Venanzio ed Ansuino dei Camerinesi ( when destroyed, the painting has been located in the Roman church of Cristo Re), and the chapel of Santa Teresa d’Avila with its altar-piece, in Santa Maria in Traspontina.

Despite the quantity and prestige of the Roman projects, in the 1980s and 1990s Gherardi sent several paintings to Narni and especially Gubbio, exploiting the Franciscan circuit, as in the case of the chapel of the Immaculate Conception of Sant ‘Antonio al Monte in Rieti. The painting, of high technical quality and surprising compositional dynamics, is known as one of the most interesting sample of Roman baroque painting still today. Equally precious and luministically refined is the painting created for the canon Giuseppe Angelotti, showing San Leonardo freeing a prisoner (1698), now preserved in the Civic Museum of Rieti after the unfortunate destruction of the church of Santa Maria del Suffragio in Porta D’Arci. In the Civic Museum there’s also a portrait of Pietro Mattei, which could be the only portrait by Gherardi.